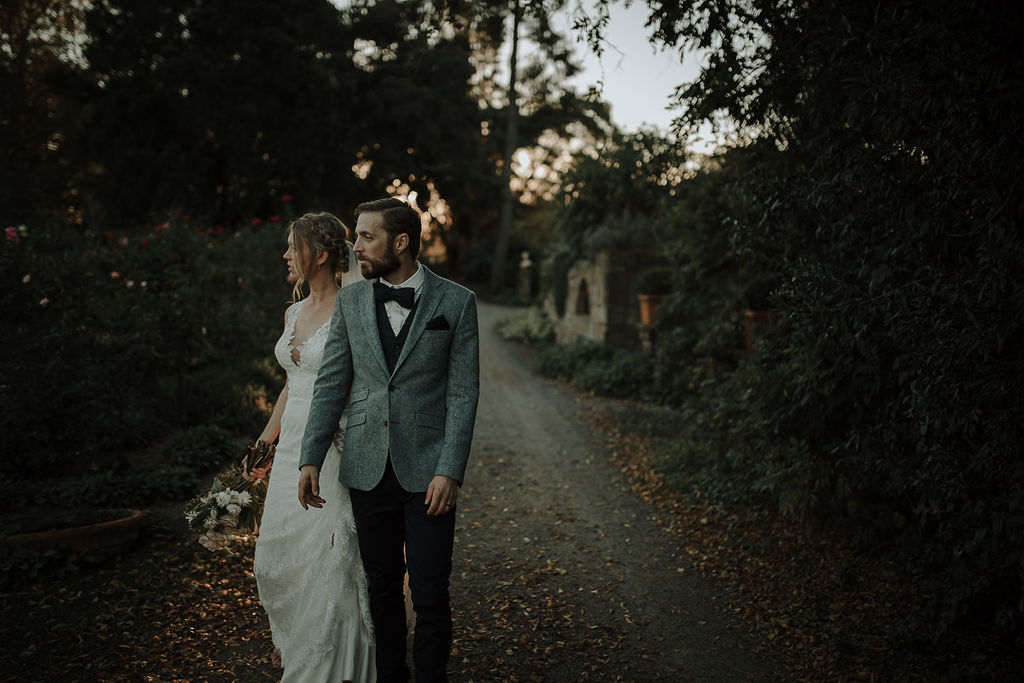 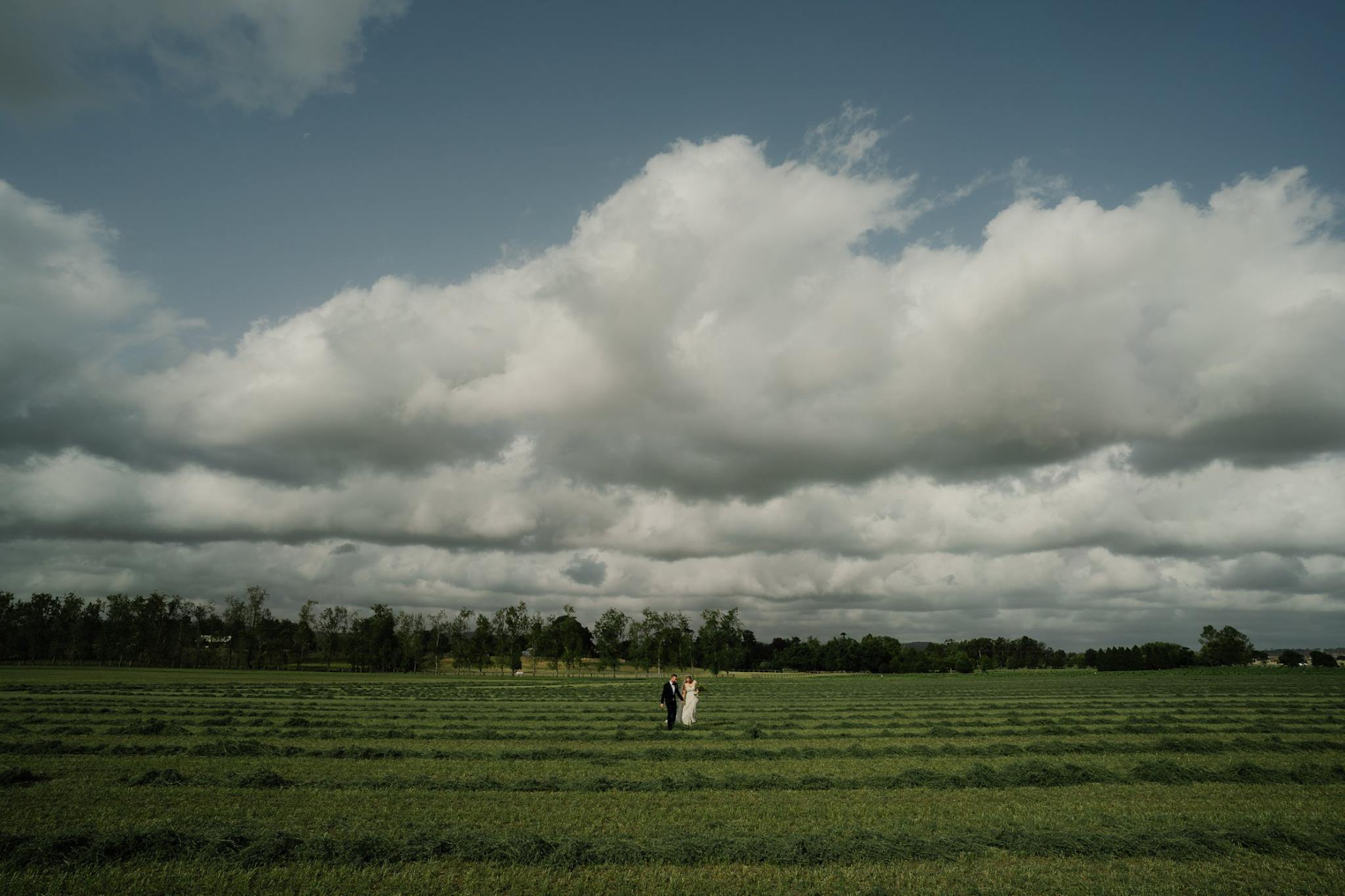 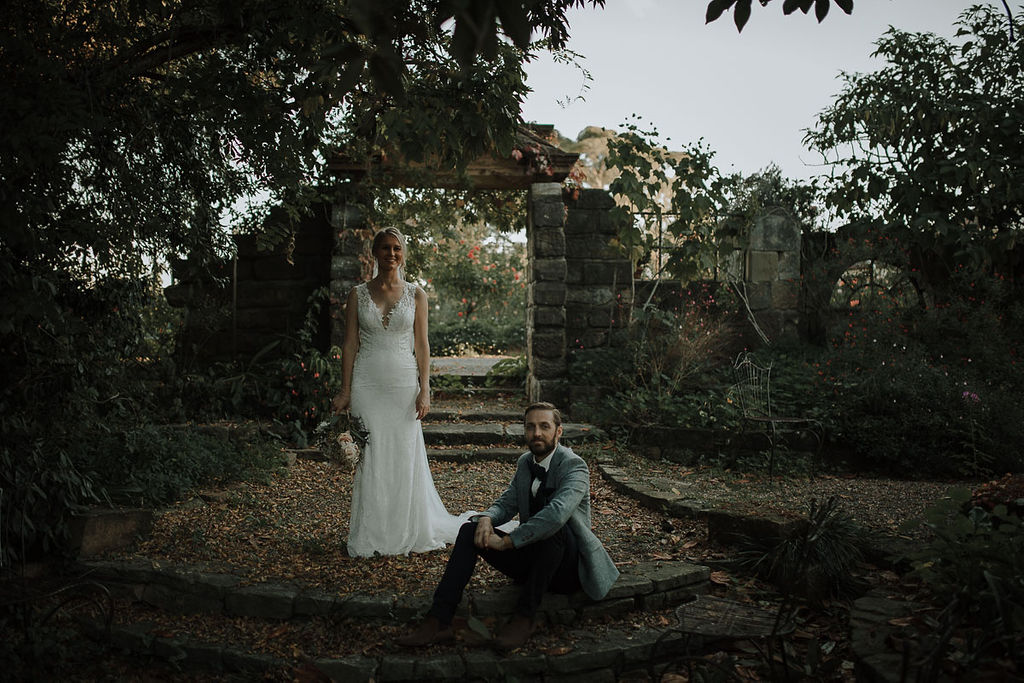 Albion Farm, Gracemere and Albion Way are three adjoining farms with 15 acres of gardens that are shared, developed and maintained by family. They seamlessly merge to form the large and beautiful garden. Albion Farm is the central “hub” of the gardens and has a long and rich history.
About Albion Farm
Albion Farm was settled in 1812 by John Tucker making it the first land settled in the Hunter Valley. Local historians say it is the oldest, continuously farmed land in Australia.
Historical photos of Albion Farm 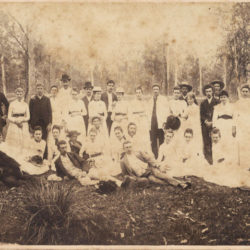 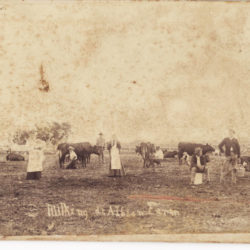 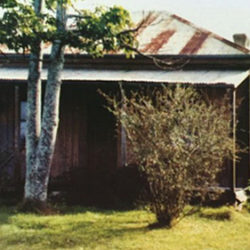 The Redman family took over ownership of Albion Farm in 1971. “We had been living as “expats” for seven years, mostly in Asia and some times in the U.K. We were very home sick for Australia after being away for so long and we asked our family here, to be on the look out for a quiet place for us to rear our family. It was quite a challenge renovating the old federation homestead, rearing our children, running a business and starting the gardens. A happy journey and one we are glad to have taken.” 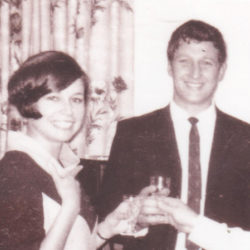 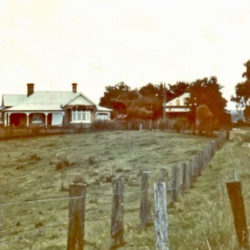 First image of their new home in1971 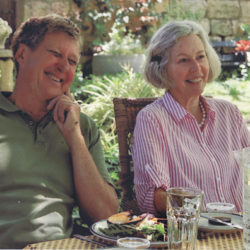 Not so young Redmans 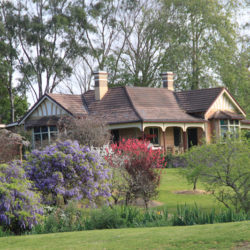 Enjoying the fruits of their labour

Gracemere was a division of Albion Farm in 1865. Gracemere has undergone a dramatic transformation with energy, dedication and creativity. This is where you will find the Boat House Garden, the Stone Bridge and The Muse.
The stonework throughout the gardens has been Phil Redman’s labour of love. 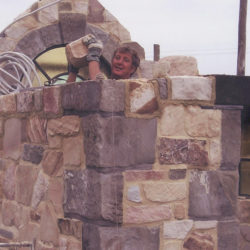 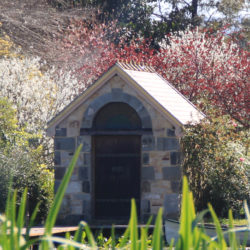 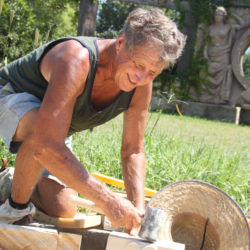 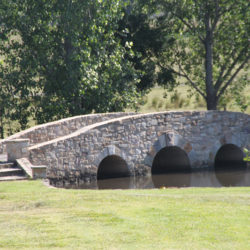 About Abion Way
Albion Way is another division of Albion Farm and is the home of The Barn.

The barn is now the wedding centre. It is a large timber barn with round posts and was mentioned in the census of 1823.  A cellar, built under the barn stored wine which was produced from the twelve acres of grapes growing in front of the barn. Some of this wine found it’s way to Newcastle, some to Sydney and some to Governor Macquarie who considered it, ‘fair’!! During 1836 it was sold at the “Red Inn”, which served as the half way house between Morpeth and Paterson. 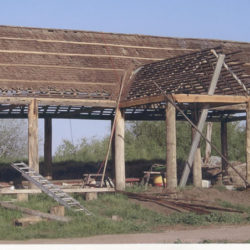 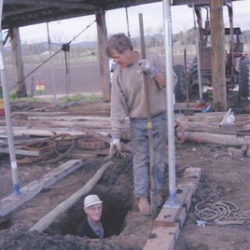 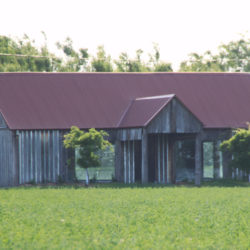 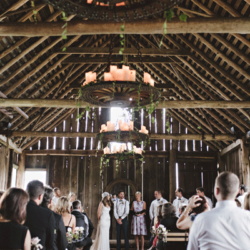